Black Dog Biogas has announced its readiness to supply Vesta with renewable energy. To facilitate that, the former has commissioned a private wire that will supply the energy. Black Dog Biogas has an anaerobic digestion plant on the Isle of Wight, not far from Newport. On the other hand, Vesta is a facility that manufactures wind turbines, and the blades usually have a length of 80 m. With such incredible collaborations, one can say without any fear of contradiction that the future of renewable and clean energy is quite bright.

Vesta’s plant covers 221.2K square feet, and that’s what Black Dog Biogas will be supplying clean electricity to in this case. The project is under the management of Earth Capital, but the firm leading the way will be Black Dog Biogas. Direct beneficiaries will be the 600 employees working there at the moment. Looking at the bigger picture, companies in the UK and the rest of the world investing in offshore wind energy will also benefit from the blades since they come in handy when making turbines. Last but not least, people who will use wind energy will also reap the fruits of the same.

Most people will find operations at Black Dog Biogas quite intriguing. The source of their renewable electricity is organic matter, including grass and maize. It is important to note that the grass and maize come from the Isle of Wight exclusively. Enzymes break down the matter through a process known as anaerobic digestion. The final products are biofertilizers and biogas. The latter helps in the production of renewable electricity and heat. It fuels a combination of power and heat, and the two units generate the renewables in return.

On the other hand, the biofertilizer goes towards promoting farming, especially that of maize and grass. After all, Black Dog Biogas needs them for the reproduction of biofertiliser and biogas. Besides the facility, other farms also benefit, which is perfect for the agriculture sector at large. The reuse of almost every product in the process is ideal for the economy, no doubt. Equally important, inorganic fertilizers are no longer necessary to ensure the environment, especially soil is safe.

The renewable energy produced by Black Dog Biogas is quite a lot. After all, it is enough for about 80% of the energy that Vestas might need. In addition to that, about 1200 Isle of Wight’s homes also gets power. According to Vesta’s facility director, sourcing energy from the Biogas Dog Biogas facility is a strategic move. As the UK thrives to beat the 2030 target of only using clean energy, Vesta will play a massive role in expanding offshore wind energy. 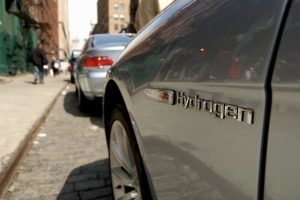 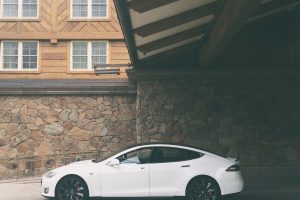